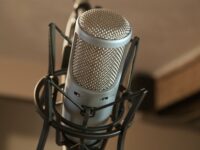 The past week has seen a groundswell of public concern over Bill C-10 and the government’s plan to regulate user generated content. I have given numerous interviews, many of which do a nice job of distilling the key issues in an accessible manner. These include: 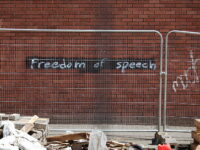 Free Speech Under Threat: The Real Consequences of Steven Guilbeault’s Battle with the Web Giants

Appeared in Macleans on May 3, 2021 as The Real Consequences of Steven Guibeault’s Battle with the Web Giants

My new Macleans op-ed notes that government legislation tends to attract a wide range of responses. Some bills grab the spotlight and become sources of heated debate for months, while others fly under the radar screen with few Canadians taking notice. Until recently, Bill C-10, the government’s Broadcasting Act reform bill, fell into the latter category. Introduced last November as part of Canadian Heritage Minister Steven Guilbeault’s mission to “make web giants pay”, the bill was steadily and stealthily working its way through the Parliamentary process with only a few days of “clause by clause” review left before a final reading and vote in the House of Commons.

Yet last week, the bill was thrust onto the front page of newspapers across the country with the public seizing on an unexpected change that opened the door to government regulation of the Internet content posted by millions of Canadians. The change involved the removal of a clause that exempted from regulation user generated content on social media services such as TikTok, Youtube, and Facebook. The government had maintained that it had no interest in regulating user generated content, but the policy reversal meant that millions of video, podcasts, and the other audiovisual content on those popular services would be treated as “programs” under Canadian law and subject to some of the same rules as those previously reserved for programming on conventional broadcast services. 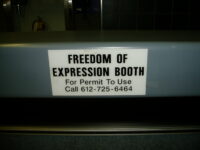 The public debate on Bill C-10 recently took a dramatic turn after the government unexpectedly removed legal safeguards designed to ensure the CRTC would not regulate user generated content. The resulting backlash has left political columnists comparing Canada to China in censoring the Internet, opposition MPs launching petitions with promises to fight back against the bill, and Canadian Heritage Minister Steven Guilbeault struggling to coherently answer questions about his own bill.

Cara Zwibel is the Director of the Fundamental Freedoms Program at the Canadian Civil Liberties Association and one of Canada’s leading experts on freedom of expression. She joins the Law Bytes podcast to talk both about Bill C-10 and the free speech risks that may come from another bill that Guilbeault has been discussing that could include website blocking, a social media regulator, and mandated Internet takedowns. 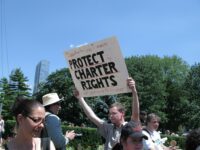 If Bill C-10 isn’t a fireable offence, this interview should be. Canadian Heritage Minister Steven Guilbeault is simply unable to respond coherently to basic questions about his own legislation and flailing for talking points that seek to blame tech companies or opposition parties for the fact that he introduced legislation that exempted user generated content, removed the exception, and has no answer for why. Watch the interview and decide whether Canadians can trust Guilbeault to defend freedom of expression online.