Episode 64: “You’re Seeing the Breakup of the Web” – Anupam Chander on the Battle over TikTok 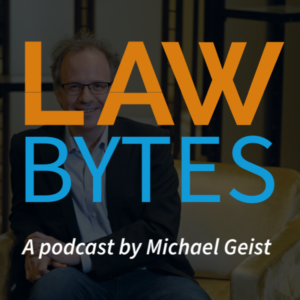 Law Bytes
Episode 64: "You're Seeing the Breakup of the Web" - Anupam Chander on the Battle over TikTok

TikTok has found itself at the centre of a global geo-political fight between the United States and China. U.S. President Donald Trump, citing privacy, censorship, and national security concerns, first declared his plan to ban the app from the country and later followed up with an Executive Order prohibiting commercial activities with TikTok after a 45 day implementation period. What does the battle over TikTok and other Chinese-owned apps mean for their users and for the future of an open and accessible Internet? Anupam Chander, a law professor at Georgetown University and leading expert on the global regulation of new technologies, joins me on the podcast to explain the recent developments, unpack the legal issues, and assess the broader geo-political implications.