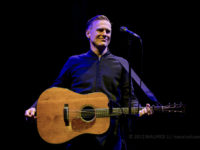 Canadian artist Bryan Adams captured headlines earlier this year when he appeared before the Standing Committee on Canadian Heritage and urged reform to the reversion provision that seeks to remedy the bargaining imbalance between creators and music labels/publishers by reverting the rights many years later. Adams noted that creators never experience the benefit of reversion since it applies decades after their death. Instead, he proposed a 25 year reversion rule, which he argued was plenty of time for copyright to be exploited by an assignee.