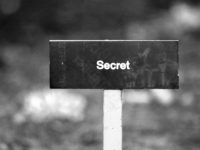 Brison on Telecom in Canada

The CBC telecom "Disconnected" telecom series includes an interview with Liberal Industry critic Scott Brison, who gives a nice shout-out to the effectiveness of online voices.

Liberals and NDP Urge Government to Use Spectrum Surplus on Broadband

The CBC reports that the Liberals and NDP have joined other calls urging Industry Minister Jim Prentice to use the spectrum surplus on national broadband initiatives.

Who Speaks for the Liberals on Copyright?

In an otherwise one-sided account of the Public Policy Forum copyright symposium, Embassy includes some noteworthy remarks from Liberal Industry critic Scott Brison on copyright reform.  The article quotes Brison: "'Our position is we would work to find the right balance between creators and users,' Mr. Brison said. He said […]