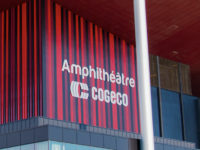 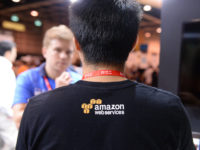 These included new transparency obligations that forced ISPs to disclose their network management practices, such as why the practices were introduced, who will be affected, when it will occur, and how it will impact users' Internet experiences (down to the specific impact on speeds). The CRTC also opened the door to complaints about network management practices by establishing a test that any harm to users be as little as reasonably possible.

Cogeco has changed some its broadband advertising claims following concerns raised by the Competition Bureau.  The Bureau found that Cogeco had claimed that its services were the fastest "without having based such claims on fair comparisons."

Day five of the CRTC's network management hearings featured at trio of ISPs, each offering a different perspective on network management issues: Telus (DSL), Cogeco (cable), and Barrett Xplore (satellite).  While the three presentations provided a valuable reminder about the differences in network architecture, each had its own important moment.

The key Telus moment came during questioning from Commissioner Len Katz about the impact of the managed IP network (ie. Telus IPTv) on the public Internet.  Katz expected to hear that there was no impact, yet Telus admitted that there was an effect.  In other words, this is one big pipe and the managed traffic can have an impact on the IP traffic.  This is a crucial admission since it highlights how Internet-based activities compete on the same pipe as managed IP ones.  In other words, a video on the public Internet effectively competes with a video offered on a video-on-demand service and throttling of the Internet-based video necessarily raises competition concerns.

The Cogeco presentation served to emphasize that without rules, carriers will be free to throttle or limit bandwidth, regardless of any concerns about congestion.  This came through when Cogeco was twice asked why it continually traffic shapes on a 24 hour, 7 day per week basis, rather than when there is actual congestion.  The response was essentially that it is their network and they are entitled to do as they see fit (assuming that the throttling is legal).  The Commissioners should take note that the Cogeco policy and response demonstrates that this is not – as von Finckenstein suggested earlier in the week – a hearing about dealing with network congestion since policies like that employed by Cogeco bear no direct relationship to network congestion.

The Barrett Xplore presentation was highlighted by an attempt to play the P2P blame game.  The company began by explaining how it needed to manage traffic to deal with bandwidth hogging applications like BitTorrent.  Yet when asked why its disclosure policy did not reference shaping of P2P traffic, the company admitted that its traffic management policies were not P2P specific.  Rather, anyone using too much bandwidth (based on the company's assessment) would find their connection throttled.  In other words, Barrett Xplore has a bandwidth problem, not a P2P problem, yet P2P provides a convenient excuse.

Today's summary was compiled by Sean Murtha, a law student at the University of Ottawa.  Other coverage available from the National Post liveblog and twitter feeds (CIPPIC, me). [update: National Post and CBC.ca articles]