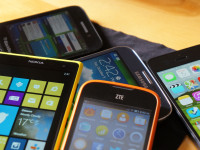 Deja Vu All Over Again: Looking Back at Two Decades of Bell, Telus and Rogers Battles Over the Canadian Wireless Market

In the weeks leading up to the CRTC hearing on wireless services, there was no shortage of corporate lobbying, opinion pieces from telecom company consultants downplaying concerns about the competitiveness of the Canadian wireless market, and comments from company executives threatening to reduce investment if the CRTC mandated new competitions through MVNOs. Those claims have continued this week throughout the hearing.

Independent studies from around the globe have for years (here, here, here, here, here) found that Canadians face some of the highest wireless prices in the developed world. Yet if the usual claims of a fiercely competitive, reasonably priced wireless market provides a sense of deja vu, consider: 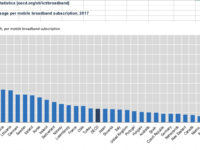 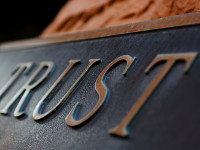 The Canadian Wireless Market and the Big 3: It’s Always Been a Matter of Trust

Fresh off the contentious hearing on the future of television regulation, the Canadian Radio-television and Telecommunications Commission jumped back into the fire last week with a hearing on the wireless market that focused on whether changes are needed to the wholesale market to improve competition.

The Big 3 – Bell, Telus, and Rogers – unsurprisingly opposed new measures, arguing that the Commission should reject the Competition Bureau’s independent finding that there are competition concerns along with the smaller players and consumer groups that support new regulations. Instead, they argue that Canadians can trust that the market is already competitive and that reforms would reduce investment and harm the quality of the networks.

My weekly technology law column (Toronto Star version, homepage version) notes that if that message evokes a sense of déjà vu, perhaps that is because it is seemingly always a matter of trust when it comes to Canadian wireless services.

The Canadian Wireless Debate is Over: How the Incumbent Carriers Lost the Support of the Government

For the past few years, there has been a lively debate on the state of the Canadian wireless marketplace. Consumer advocates and others have argued that Canadian market is not sufficiently competitive and that aggressive policy action is needed to foster greater competition and to adequately protect consumers until market forces can be fully relied upon. The incumbent telecom companies and the CWTA present a far different story, contesting multiple international studies and painting Canada as a market leader.

The events of this week – the introduction of a CRTC consumer wireless code and the Industry Canada decision to uphold its set-aside spectrum policy by killing the Telus – Mobilicity deal – point to the fact that this debate is now over in the minds of the government. Government telecom policy in 2006 was focused on deregulation and a hands-off, industry-led approach. Those days are long gone as the government has now adopted a consumer-focused, populist approach premised on the view that a public fight with the telecom companies is a political winner.  Moreover, the government may have shifted, but the incumbent providers clearly have not, failing to adapt to the new policy terrain.

The CRTC released its much-anticipated consumer wireless code this morning. While much of the code remains unchanged from an earlier draft proposal, the headline-grabbing change is that the Commission has effectively brought three-year contracts to an end. The issue of contract length was the top issue raised by consumers, who argued that Canadian wireless contracts were longer than most other countries and that they represented a significant barrier to effective competition.

While the incumbent wireless carriers argued that consumers like three-year contracts, the CRTC sided with consumers. Effective December 2, 2013, consumers will be allowed to terminate their wireless contracts after two years with no cancellation fees. The ability to cancel with no further costs should result in two years becoming the standard for a long-term wireless contract. It will be interesting to see how quickly the carriers implement this change as smart consumers may decide to delay signing new contracts unless they are protected by the new wireless code if the carriers insist on retaining early cancellation fees in the final year of a three-year contract until the code takes effect.