Second, Canada lags behind most OECD countries as measured by mobile data usage per broadband subscription. While the CWTA talks about consumption growing at an “astounding rate”, the reality is that Canada ranks near the bottom of the rankings of how much data is used per subscription. Canadian subscribers use an average of 1.54 GB per month, well below the OECD average of 2.82 GB. In fact, consumers in some OECD countries average 5 to 10 times more monthly data usage. 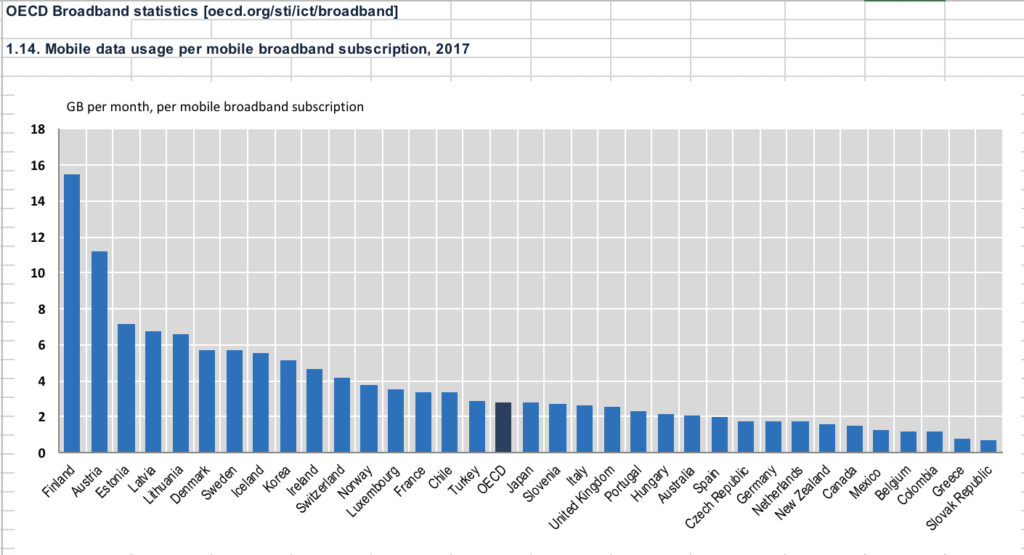 The CWTA frequently claims Canada features fast speeds and reliable networks, but affordability is the only metric that counts for millions of Canadians that either cannot afford wireless services or conserve data out of fear of running up bills that are unimaginable in other countries.The impact of Canada’s uncompetitive wireless market does not stop with consumer use either as the fear of high costs ultimately decreases e-commerce sales, use of online government services, and the myriad of other benefits that come from the Internet. For a government already frustrated by the wireless market and the lack of CRTC resolve to address the issue, the latest OECD data further confirms the harm caused by a market that even troubles the Competition Bureau and the urgent need for government and regulatory action.