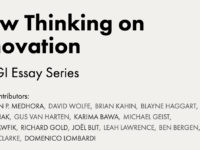 Copyright in the Public Interest: How Canada Can Establish a Pro-Innovation Reform Agenda

The Centre for International Governance Innovation, the well-respected independent think tank based in Waterloo, has posted the first part of an exceptional new series on innovation. From the introduction from Rohinton Medhora to several pieces on innovation and trade (Kahin, Haggart, Ciuriak, and Van Harten), the series promises to provide politicians and policy makers with valuable insights to support the government’s focus on innovation. I was delighted to participate in the project with a piece titled How Trolls are Stifling Innovators, Gamers and Netflix Junkies.

The contribution, which is accompanied by a video on the impact of copyright and fair use on innovation, identifies several areas of copyright reform that are closely linked to innovation policy.  These include copyright flexibilities such as fair use, the need to prevent IP and copyright misuse, and the harms associated with restrictive digital lock rules. The article starts by noting that the Supreme Court of Canada highlighted the link between copyright and innovation in the 2002 Theberge decision: 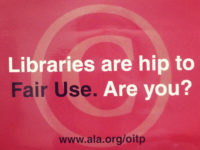 Scare Tactics Down Under: The Ongoing Global Effort to Mislead on Canadian Copyright

Last month, I traveled to Australia and New Zealand as part of a group of experts to discuss copyright fair use and fair dealing. The trip included several public talks, meetings with government officials, a book launch on Reimagining Copyright, and the chance to discuss copyright policy directly with publishers, educators, and librarians. Videos of some of the panels are available online, including a New Zealand forum on copyright and innovation and a panel on comparative copyright limitations and exceptions at the Australian Digital Alliance annual conference.

Among the most notable aspects of the trip was the revelation of efforts by publishers and copyright collectives to mislead policy makers on the state of copyright law in Canada. While not everyone is buying it – this keynote from the Australian Productivity Commission’s Deputy Chair Karen Chester was a mic drop moment that eviscerated the publisher arguments against fair use – the efforts to mislead on the impact of Canadian copyright reform was unmistakable. For example, at one event with many publishers in the audience, I was approached by one representative who told me she was embarrassed by what her company had submitted to the Australian policy process after learning about the reality of the situation in Canada. Similarly, another Australian publisher executive who had spent years with one of Canada’s largest educational publishers, openly acknowledged that fair use and fair dealing had little to do with the challenges faced by the industry. 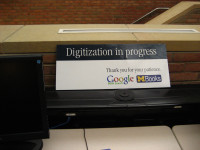 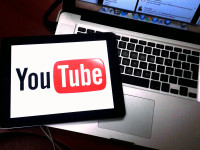 How a Dancing Baby Struck a Blow for Balanced Copyright Law

In February 2007, Stephanie Lenz, a California mother of a pair of young toddlers, shot a short video of her children dancing in the family kitchen with the Prince song “Let’s Go Crazy” playing in the background. Lenz proceeded to upload the 29 second video to YouTube so that friends and family could see it.

Thousands of hours of user-generated video are posted online every day and there was nothing particularly remarkable about the dancing baby video. What set it apart, however, was that several months later Universal Music Group, Prince’s music label, sent a takedown notice to YouTube claiming that it infringed its copyright.

My weekly technology law column (Toronto Star version, homepage version) notes that similar takedown notices are sent to Internet intermediaries such as Google every hour. Yet this particular takedown demand seemed so at odds with the law (few experts believe it infringes copyright) that it sparked an eight year court battle in the United States and served as the inspiration for a 2012 Canadian copyright reform that protects users and websites that create and host non-commercial user-generated content. 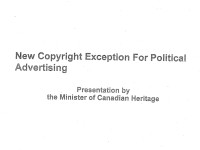