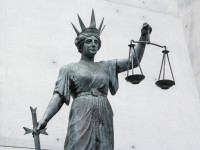 Bill C-11, the copyright reform bill, is scheduled for debate today, with a long list of proposed amendments from the Green Party’s Elizabeth May and from Bloc MP AndrÃ© Bellavance.  Given the government’s previous rejection of NDP and Liberal amendments, there is little reason to believe any of these proposals […]

Green Party leader Elizabeth May and Griffin Carpenter, the party's youth and education critic, have published an op-ed with their views on copyright. They point to three key principles: extend user rights through a flexible fair dealing mechanism, reform crown copyright and the public domain to build a healthy information […]

Gordon McDowell posts an interview with Green Party leader Elizabeth May on Canadian copyright policy.  May argues that there is no need for a Pirate Party in Canada because the Green Party already advocates against "crazy copyright laws."  May says that the party supports a 12 year copyright term.  The […]

Last week, I posted a 2008 election copyright pledge that focused on three commitments for copyright reform – respecting both creators and consumers, ensuring that any reforms do not undermine or weaken user rights such as fair dealing, and committing to full public consultations on any reforms before introducing a bill and inclusive hearings once tabled.

The initial reaction to the pledge has been very strong.  I am pleased to advise that the Green Party (as a party) has agreed to the pledge.  In addition, the following NDP MPs have added their names as supporters:

It is great to see the momentum behind a commitment to fair copyright reform in Canada (and note that Angus has just issued a press release focusing on NDP opposition to C-61).  With just under two weeks until the election, there is still time to raise the issue with local candidates.  Raise it today in your riding and let me know if you receive any responses.  I'll post an updated list next week.  The pledge again: