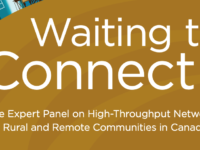 Canada’s strategy to ensure that everyone from coast to coast to coast has access to affordable high speed Internet services is widely viewed as a failure and the source of ongoing frustration for many, particularly those in rural, remote and indigenous communities. Those communities often face the prospect of no broadband access or at best expensive, unreliable services. The Council of Canadian Academies recently convened an expert panel on High-Throughput Networks for Rural and Remote Communities in Canada.

The panel’s report is a must read for anyone concerned with equitable and affordable Internet access and the consequences of leaving many communities – particularly indigenous communities – behind. The panel was chaired by Karen Barnes, the former president of Yukon University and included Professor Catherine Middleton, the Director of the Ted Rogers School of Information Technology Management at Ryerson University. They join the Law Bytes podcast this week  to discuss the panel, the report, and the recommendations for policy action. 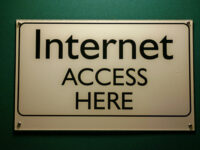 A Canadian coalition of consumer advocates, civil society and social justice groups, policy experts, activists and independent ISPs will come together in a national Day of Action on Tuesday to demand the immediate implementation of federal measures to deliver affordable internet and wireless services in Canada and to put an end to constantly increasing bills. This week’s Law Bytes podcast brings together three people that bring unique perspectives to the issue:

Madeleine, Mary, and Matt all joined together for a virtual conversation on the impact of access at the community level, the effect on consumers, the state of competition, and what Canada should be doing about the issue. 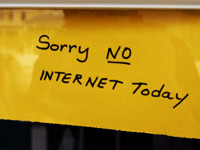