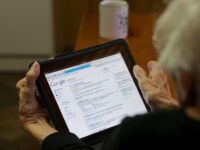 Why the Online News Act is a Bad Solution to a Real Problem, Part One: The Risk to Free Flow of Information

Since its introduction in early April, the Online News Act (Bill C-18) has flown below the public’s radar screen. There have been a few op-eds and considerable coverage on my blog (I’ve posted here, here, here, here, here, here, here, here and released podcasts on the bill with Sue Gardner and independent digital media publishers Farhan Mohamed and Jeff Elgie) but Canadian Heritage Minister Pablo Rodriguez has largely been content to rush the bill through the parliamentary process with little debate. In fact, after Rodriguez left the CBC’s Vassy Kapelos visibly puzzled, he has said little about it. He has never given a speech on the bill in the House of Commons and the government successfully cut off debate after allocating just two hours to it. Bill C-18 is now headed to the Standing Committee on Canadian Heritage with hearings that could start as soon as the end of this week.

This post marks the first in a lengthy series that explain why the bill is a bad solution to a real problem. The series starts with posts that examine some of the specifics in the bill, including problematic definitions for making available news, news businesses, and even the definition of news itself. Once I’ve laid the foundation, the series will highlight some of the implications of the bill, including breaches of Canada’s international trade, treaty, and constitutional obligations; the risk it will hamper efforts to combat misinformation; and the plethora of market problems it would create related to government interference, an independent press, competition, and our dependence on big tech. 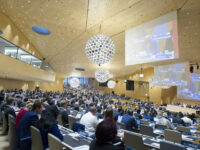 The Supreme Court of Canada’s latest copyright decision – SOCAN v. Entertainment Software Association – affirms yet again that technological neutrality is a foundational element of the law and notably emphasizes that “copyright law does not exist solely for the benefit of authors.” My colleague Jeremy de Beer was an active participant in the case, writing an expert opinion during the Copyright Board phase of the case which reflects the approach that the court ultimately adopted. He joins the Law Bytes podcast to discuss the evolution of music distribution online, this latest case and the court’s commitment to copyright balance, as well as what might come next in the seemingly never-ending battle over Canadian copyright law. 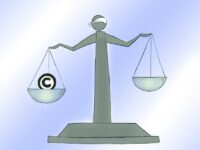 Supreme Court of Canada on Copyright: “Copyright Law Does Not Exist Solely for the Benefit of Authors”

For much of the past two decades, copyright groups have steadfastly sought to deny what the Supreme Court of Canada has repeatedly endorsed, namely that the purpose of Canadian copyright law is to serve the public interest by balancing users’ and authors’ rights. Last week provided the latest episode in the ongoing series as the Court delivered yet another strong affirmation on the importance of copyright balance and the role of technological neutrality, confirming that “[c]opyright law does not exist solely for the benefit of authors.” The decision – SOCAN v. Entertainment Software Association – can read on at least four levels: (1) as a repudiation of SOCAN’s effort to establish a new, additional royalty for the “making available” of music; (2) as a confirmation of the importance of technological neutrality and copyright balance; (3) as an example of the flexibility associated with implementing the WIPO Internet treaties, and (4) as the undeniable entrenchment of Canadian copyright jurisprudence that now features deeply layered precedents on users’ rights.

Howard Knopf posts on new decisions from the Federal Court of Appeal which suggest that there is effectively a making available right in the case of musical works in Canadian copyright law and no need for further reform on the issue.

With the government set to unveil its new cabinet tomorrow, a copyright reform bill will be back on the agenda.  While copyright will presumably take a back seat to more pressing economic concerns, the campaign promise to reintroduce a bill means that the issue will not disappear.  User groups were […]