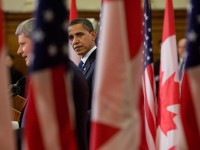 The Trouble with the TPP series has focused on dozens of problematic provisions within the trade agreement and identified several implementation possibilities that might limit some of the harm. For example, the post on copyright term extension discussed how Canada could require copyright registration and notification of the extended term in order to qualify for further protection. Copyright registration would not eliminate all the harm to the public domain, but it would mean that only those that desire the extension would take the positive steps to get it, thereby reducing the costs of the TPP’s unnecessary copyright term extension.

Should Canada move toward ratification of the TPP, there is a concern that attempts to mitigate the harm of some provisions will face opposition from the U.S. While implementation flexibility is the goal of every negotiator, the U.S. reserves the right to “certify” whether other TPP countries have, in its view, properly implemented the agreement. 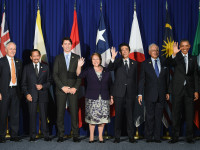 Canadian Heritage Minister James Moore tabled  the WIPO Internet Treaties (the WIPO Copyright Treaty and the WIPO Performances and Phonograms Treaty) earlier this week in the House of Commons, starting the process of Canadian ratification of the treaties. The move does not come as a surprise since Bill C-11, which received royal assent just over one year ago, was designed to bring ensure Canadian law conformed to the treaty requirements.

While there were some suggestions that the next step is formal notification with WIPO in Geneva, there are actually several steps required in Canada that will likely mean the treaties won’t be in force in Canada until early 2014 (I wrote about the treaty ratification process  in 2008). First, the treaties are subject to a waiting period of 21 sitting days. During that period, MPs may debate the treaties in the House, raise questions, or bring motions related to the treaty. The 21 sitting day period started on June 12th. Since the House is scheduled to break for the summer next week, the period will not be completed until the first week of October.  Once this process is completed, the Minister of Foreign Affairs may then seek legal authority, through an Order in Council, for Canada to prepare instruments of ratification of the two treaties. Once the instruments of ratification are deposited with WIPO, there is a further three month delay from the date of deposit.

Reports indicate that Japan has ratified the Anti-Counterfeiting Trade Agreement. Japan had positioned itself as a leading proponent of the treaty, hosting the final round of negotiations and the official signing a year later.

“Slightly Divided We Stand”: The EU Ratification of the WIPO Treaties

The At last … the 1709 Copyright Blog points to the details of the EU ratification of the WIPO Internet treaties and the fact that a number of countries opted out of elements of those treaties by way of declaration.