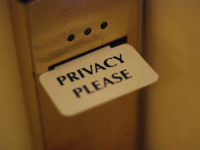 In Defence of Canada’s Anti-Spam Law, Part Two: Why the Legislation Is Really a Consumer Protection and Privacy Law in Disguise

My first post defending Canada’s anti-spam law focused on why spam remains a problem and how the new law may help combat fraudulent spam and target Canadian-based spamming organization. Most would agree that these are legitimate goals, but critics of the law will argue that it still goes too far since it covers all commercial electronic messages, not just fraudulent or harmful messages.

If the law were only designed to deal with harmful spam, they would be right. However, the law was always envisioned as something more than just an anti-spam bill. Indeed, when it was first introduced, it was called the Electronic Commerce Protection Act, reflecting the fact that it was expressly designed to address online consumer protection issues (the name CASL was an unofficial working name developed within Industry Canada). The law has at least three goals: provide Canada with tough anti-spam rules, require software companies to better inform consumers about their programs before installation, and update Canadian privacy standards by re-allocating who bears the cost for the use of personal information in the digital environment.

The CRTC has finalized its anti-spam regulations, retaining some notable new disclosure requirements for some software installations. The requirements were opposed by the Entertainment Software Association of Canada and Research in Motion, who both asked for the requirements to be either dropped or significantly changed. The regulation requires:

A computer program’s material elements that perform one or more of the functions listed in subsection 10(5) of the Act must be brought to the attention of the person from whom consent is being sought separately from any other information provided in a request for consent and the person seeking consent must obtain an acknowledgement in writing from the person from whom consent is being sought that they understand and agree that the program performs the specified functions.
The functions listed in 10(5) of the Act are:

While this is obviously designed first and foremost at spyware, it targets many other possibilities including the infamous Sony rootkit case and other attempts by software or app developers to unexpectedly collect personal information or interfere with a user’s computer. It could also have an impact on some digital rights management systems, raising interesting questions about the interaction between these requirements and the digital lock rules in Bill C-11.

The Business Software Alliance has issued its annual Global Software Piracy report with some positive words for Canada.  Consistent with my column this week on how claims that Canada is a piracy haven is rhetoric over reality, the BSA study notes that Canada had one of the sharpest declines in […]

Felix Salmon debunks recent claims of a $500 million seizure of counterfeit software, demonstrating why the claims are enormously overstated.

A blog reader has passed along a legal demand letter they recently received from Smart & Biggar, a leading Canadian IP law firm, representing the Entertainment Software Association.  The letter focuses on the sale of modification devices – frequently referred to as "mod chips" that can be used to modify or alter store-bought video games or play infringing copies of those games.  Mod chips have been rendered illegal in the U.S. and U.K., while Australia's High Court upheld their legality in 2005 (the law was changed under pressure from the U.S. last year).

The letter argues that the ESA has both trademark and copyright rights in the video games.  In addition to pointing to Section 27 of the Copyright Act as governing the sale or distribution of unauthorized software, the applicability of criminal offences under Section 42 of the Copyright Act, and the fraud provisions of the Criminal Code, it claims:

"any use, offer for sale or sale of modification devices, or 'mod chips' to permit circumvention of our clients' consoles security systems to play pirated or counterfeit software, is also an offence and constitutes direct or indirect infringement of our clients' intellectual property rights by inducing and procuring infringement by others of our client's aforesaid rights."

Given that the letter makes no reference to patent rights, the intellectual property referred to in this sentence is presumably copyright.  This raises at least two issues.