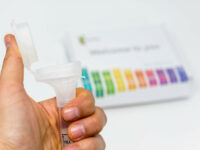 The Supreme Court of Canada this morning shocked the pharmaceutical industry by voiding Pfizer’s patent in Canada for Viagra. The unanimous decision provides a strong reaffirmation of the policy behind patent law, namely that patents represent a quid pro quo bargain of public disclosure of inventions in return for a time limited monopoly in the invention. The Supreme Court describes it in this way:

The patent system is based on a “bargain”, or quid pro quo: the inventor is granted exclusive rights in a new and useful invention for a limited period in exchange for disclosure of the invention so that society can benefit from this knowledge. This is the basic policy rationale underlying the Act. The patent bargain encourages innovation and advances science and technology.

Disclosure is therefore a crucial part of the patent bargain.

The Supreme Court of Canada this morning ruled that the federal government’s plan to create a single securities regulator is unconstitutional since it stretches the federal trade and commerce clause too far into provincial jurisdiction. The ruling is a wake-up call on the limits of federal powers, even where many […]

Predictions about the upcoming year in technology law and policy in Canada are particularly challenging given the prospect of a possible election.  My weekly technology law column (Toronto Star version, homepage version) notes that while there is no shortage of potential new laws – bills on privacy, copyright, and lawful access are all before the House of Commons – an election call before the fall would likely mean that those bills would die on the order paper.

With political uncertainty clouding even the best crystal ball, the Supreme Court of Canada is set to emerge this year as the place where much of the action will take place.  Canada’s highest court has lined up a tech-heavy docket that will have a major impact Canadian law.