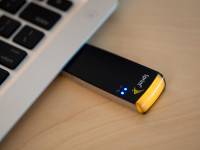 The CCTS Report on Wireless Code Violations: When Is Data on a Data Stick an “Add On”?

Despite some improvement in service, the most notable aspect of the report is a review of compliance with the wireless code. With the code now fully operational, there is simply no excuse for carrier non-compliance. Yet the data suggests that there are numerous confirmed breaches. Bell is easily the most notable company when it comes to failure to comply with the code: when you combine Bell Canada, Virgin Mobile (which it owns), and Northern Tel (which it now also owns), 2/3 of the confirmed breaches all come from the same source. In other words, every few weeks, Bell Canada or one of its companies had a confirmed breach of the wireless code.