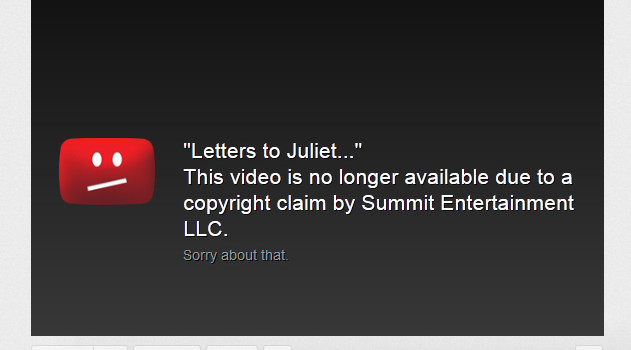 The problem stems from the following requirement in the annex, which requires a country to:

induce Internet Service Providers carrying out the function referred to in paragraph 2(c) to remove or disable access to material upon becoming aware of a decision of a court to the effect that the person storing the material infringes copyright in the material.

This is an obvious takedown and content blocking provision. If it applies simply to a standard Internet provider, it would mandate content blocking upon becoming aware of a court decision that the content infringes copyright. Note that the court decision does not need to be a Canadian court. This means that another court could rule on the legality of the content based on its domestic copyright law and the Canadian provider would still be required to remove or disable access. Content that is perfectly legal in Canada (e.g. qualifies for fair dealing or is non-commercial user generated content) could therefore still be blocked or taken down based on the application of foreign copyright law. The “made in Canada” approach would be lost.

The implications of this provision go even further, however. The reference to paragraph 2 (c) refers to instances where content is stored or controlled by a network provider. This language comes from the U.S. DMCA and applies to a wide range of companies such as YouTube, Facebook, Flickr, and Dropbox. In a Canadian context, it would apply to Shopify, Hootsuite, and many other well known Canadian Internet companies. In other words, all of those companies now face a Canadian takedown system through the TPP based merely on being made aware of any court decision. Note that this Canadian takedown system is even worse than the U.S. approach since there is no counter-notification or “put-back” mechanism.

Moreover, there is an argument that the entire U.S. notice-and-takedown system will actually apply in Canada through the TPP. The annex for Canada comes with the following condition:

In order to facilitate the enforcement of copyright on the Internet and to avoid unwarranted market disruption in the online environment, paragraph(s) 3-4 shall not apply to a Party, provided that, if upon the date of agreement in principle of this Agreement, it continues to:

This condition – which requires a country to have the full system described in the annex in place upon the date of agreement in principle – was aimed at limiting the alternative approach to Canada since other countries could not create a Canadian-style system and use that approach to comply with the TPP.

There are clearly several possible interpretations of the Internet provider provisions which bring a copyright takedown system to Canada without the involvement of Canadian courts and potentially without the application of Canadian copyright law. This runs counter to longstanding government commitments and represents a significant change to copyright and the Internet in Canada through the TPP.