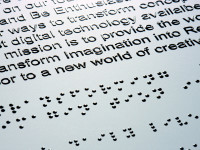 Canadian Copyright Bill for the Blind in Need of Fine Tuning

As the political world was focused on the Liberal government’s inaugural budget last month, Navdeep Bains, the Minister of Innovation, Science and Economic Development, introduced his first bill as minister by quietly moving ahead with plans to reform Canadian copyright law to allow for the ratification of an international treaty devoted to increasing access to copyrighted works for the blind.

The World Intellectual Property Organization’s Marrakesh Treaty expands access for the blind by facilitating the creation and export of works in accessible formats to the more than 300 million blind and visually impaired people around the world. Moreover, the treaty restricts the use of digital locks that can impede access, by permitting the removal of technological restrictions on electronic books for the benefit of the blind and visually impaired.

My weekly technology law column (Toronto Star version, homepage version) notes that the Canadian decision to ratify the Marrakesh Treaty is long overdue. The Conservatives announced plans to do so in last year’s budget but waited to table legislation days before the summer break and the election call. With that bill now dead, the Liberals have rightly moved quickly to revive the issue.

Appeared in the Toronto Star on April 18, 2016 as Copyright Law for the Blind Needs Fine-Tuning As the political world was focused on the Liberal government’s inaugural budget last month, Navdeep Bains, the Minister of Innovation, Science and Economic Development, introduced his first bill as minister by quietly moving […]