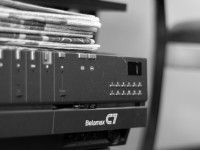 Appeared in the Toronto Star on June 20, 2016 as Set-Top Box Crackdown Will Chill Canada’s Tech Innovation The ability to record television programs is a feature that most consumers take for granted today, but when the Sony Betamax was first introduced in the 1970s, it revolutionized television and sparked […]