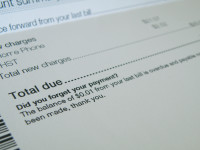 The National Post has a story today on a research note written by Maher Yaghi, a telecom analyst, warning about the “regulatory risks” of the CRTC’s review of the wireless code. The article focuses on a single analyst, but there is a long tradition in Canada of the industry saying one thing to the regulator and another to the business community (see, for example, Bell’s position on investing in fibre networks) so the comments likely reflect industry concerns. What regulatory risks might arise from changes to the wireless code?

Yaghi cites two concerns that lay plain why the industry has been fighting potential changes. The issue is not, as some would have you believe, increased regulatory costs. Rather, the fear is that changes would create better informed consumers who would seek cheaper pricing and be freer to take advantage of marketplace competition.