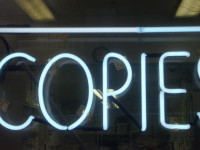 The Federal Court of Appeal has issued its ruling in the judicial review of the Copyright Board’s ruling involving copying in Canadian K-12 schools. The decision is the latest in a growing number of decisions that have all adopted the same, flexible approach to fair dealing. Access Copyright has spent years (and millions of dollars) losing challenges on what was readily apparent from the Supreme Court of Canada’s 2012 copyright pentalogy: the value of the Access Copyright licence is very limited in light of authorized copying and fair dealing.

The Copyright Board of Canada decision on the application of fair dealing to educational copying, granted a tariff of $2.46 per student for 2010-2012 and $2.41 for 2013-2015. That rate is not only far lower than Access Copyright had demanded, but is nearly half of what was previously certified for the period from 2005-2009 (which was set at $4.81). The Board minced no words in explaining the reduction: