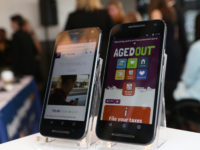 Canadian Government on Wireless Services: High Prices, Low Adoption, and Unaffordable For Too Many

Earlier this year, the Liberal government granted approval for the merger between BCE and MTS, eroding the competitive wireless market in Manitoba. In response, I argued in the Globe and Mail:

The Conservative government was criticized for failing to fix Canada’s uncompetitive wireless market, but at least it recognized the problem and did not shy away from challenging the Big Three. By contrast, Mr. Bains was faced with a sure thing – higher wireless prices for consumers and a less competitive, innovative marketplace – and blinked. Unless there are some new pro-competitive policies on wireless yet to come, the approval of the BCE-MTS merger guarantees that the government’s innovation strategy will start with a weak foundation.

It turns out, there was more to come. This week, Innovation, Science and Economic Development Minister Navdeep Bains put the wireless market back in the spotlight with a speech that left little doubt that the Liberal government has reached the same conclusion as its predecessor, namely that the Canadian wireless market continues to be marked by insufficient competition leading to high prices, low adoption rates, and a lack of affordability for consumers with low household income.