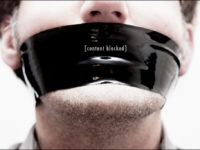 Canadaland reports today that Bell is leading a coalition that plans to file a proposal with the CRTC that would lead to the creation a mandatory website blocking system in Canada. The unprecedented proposal, which includes the creation of a new “Internet Piracy Review Agency”, envisions the creation of mandatory block lists without judicial review to be enforced by the CRTC. As a result, the companies (reportedly including Rogers and Cineplex) envision sweeping new Internet regulations with the CRTC ultimately charged with enforcing site blocking by every Internet provider in Canada. I reviewed the proposal in order to provide comments to the Canadaland.