Behind Ryerson’s Support for Site Blocking: Bell Reviewed Draft Submission, Was Warned It Did Not Represent Faculty View

Having examined how Brock University and George Brown College (part one and part two) came to support the Bell coalition website blocking plan, this post relies on Ryerson documents obtained under access to information laws to reveal how Charles Falzon, Ryerson’s Dean of Communications and Design, came to write in support of the site blocking plan. Much like the other two institutions, Falzon was approached by Mark Milliere, a Bell executive, asking for Ryerson’s support for the initiative. 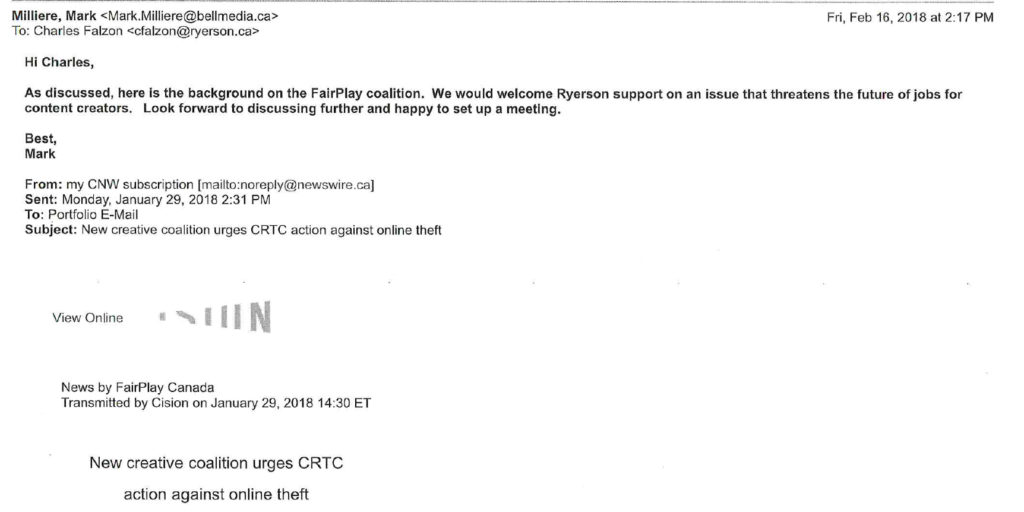 Falzon proceeded to discuss internally and – much like George Brown College – was warned that public support would likely spark internal dissent. In fact, the Ryerson communications team even identified specific professors who were likely to publicly comment against the proposal. 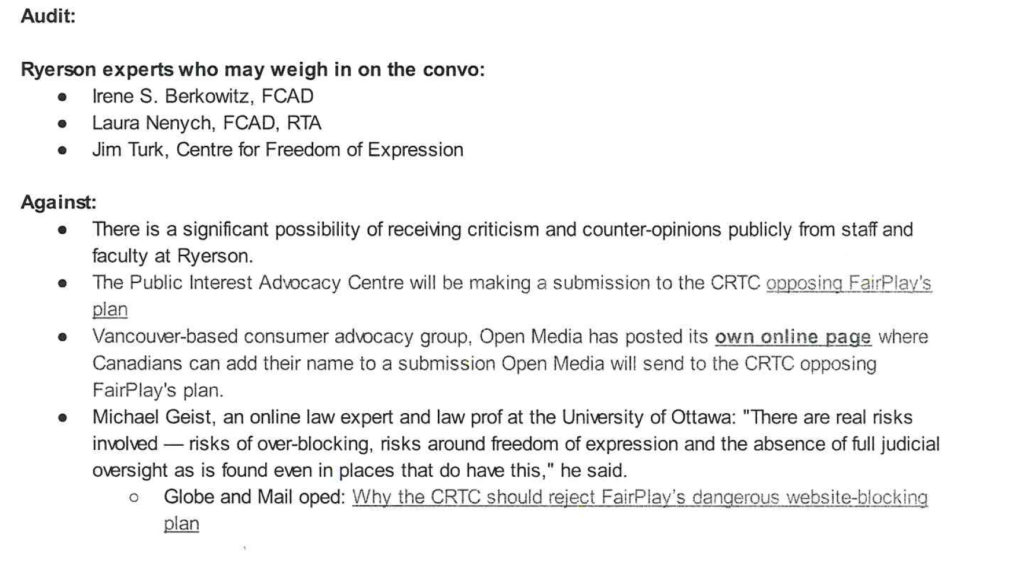 Given the likely opposition, Falzon warned Bell that his letter could not formally represent the entire faculty at Ryerson.

Falzon decided to forge ahead anyway, providing Bell with a draft and inviting comments.

Bell approved the letter and asked for it to be provided on faculty letterhead.

Despite the fact that Bell was advised that the Falzon letter was not representative of the faculty, it nevertheless framed the submission as support from “universities and colleges training future leaders in media, video production, and game development” in its reply comments to the CRTC. Moreover, Milliere never made the limitation clear to Brock University or George Brown College when he shopped around the Falzon letter as a template example of support.

In fact, the Falzon-Milliere exchange on the resulting letter is interesting as it suggests that Falzon may not have been fully aware that the letter was ultimately to be submitted as part of a regulatory process at the CRTC. After Milliere advised Falzon that the letter should be addressed to the CRTC, 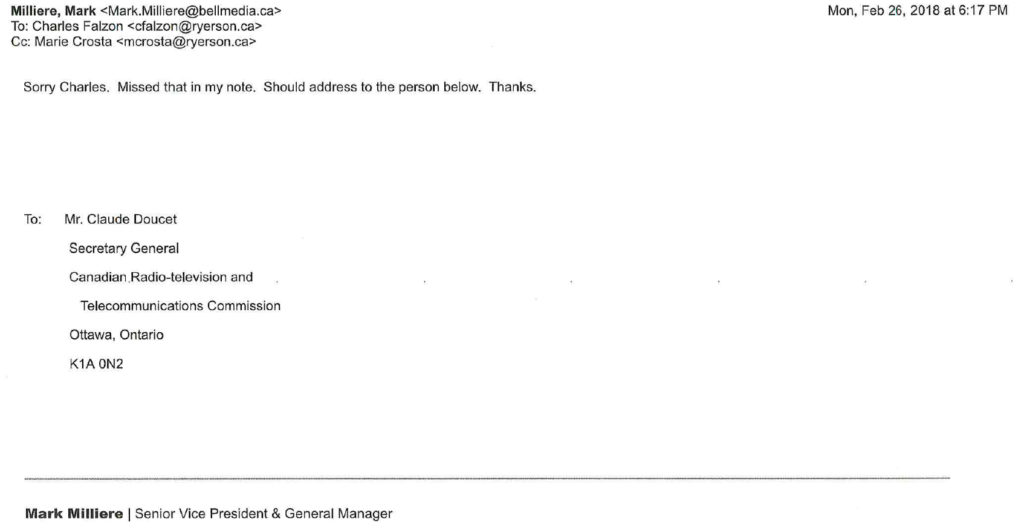 Falzon oddly responded “wow that’s amazing”, as if surprised that the letter would be going to the regulator rather than simply representing a personal letter of support. He also thanked Bell for its “ongoing support.”

The Falzon submission to the CRTC was formally filed a month after the letter was provided to Bell. Interestingly, Ryerson did not provide any records related to the formal submission (records that would have been caught by the access-to-information request and which were provided by both Brock and George Brown College), raising some question as to who actually filed the letter with the CRTC. Regardless, the documents raise doubts about claims the letter is representative of the faculty or institution with Falzon acknowledging faculty opposition and warning that he could not speak on its behalf. Further, even as Bell supporters criticize civil society groups for encouraging public participation, the documents confirm the role Bell played in manufacturing supportive submissions, pressuring university and college executives to provide public support, reviewing drafts before submission, and subsequently shopping them to other schools.