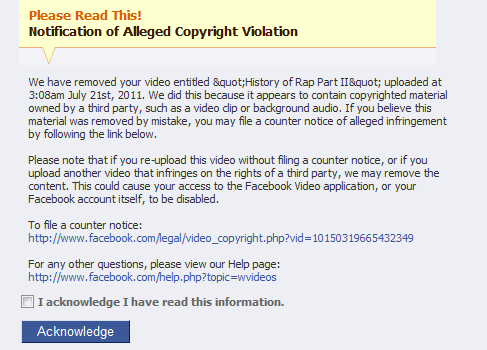 The full quote from the majority:

It must be borne in mind that being associated with an IP address that is the subject of a notice under s. 41.26(1)(a) is not conclusive of guilt.  As I have explained, the person to whom an IP address belonged at the time of an alleged infringement may not be the same person who has shared copyrighted content online. It is also possible that an error on the part of a copyright owner would result in the incorrect identification of an IP address as having been the source of online copyright infringement. Requiring an ISP to identify by name and physical address the person to whom the pertinent IP address belonged would, therefore, not only alter the balance which Parliament struck in legislating the notice and notice regime, but do so to the detriment of the privacy interests of persons, including innocent persons, receiving notice.

The passage is critically important since it lends support to many notice recipients who maintain that they have been misidentified or the notice has been sent in error. While some may feel that they have little alternative but to settle, the Supreme Court’s language sends a reminder that IP address alone may be insufficient evidence to support a claim of copyright infringement. Those that fight back against overly aggressive notices may find the claims dropped. Alternatively, contesting a claim would require copyright owners to tender more evidence than just an allegation supported by an identifiable IP address.

Moreover, the finding reinforces the need for the government to act by stopping the inclusion of settlement demands within copyright notices. The system was never intended to be used to send legal claims and pressure recipients to settle unproven infringement allegations. Indeed, with the court recognizing the privacy interests at stake and that an IP address alone is not conclusive of guilt, the decision increases the pressure on government to address the inappropriate conduct by rights holders who are using the system to pressure thousands of Canadians into paying hundreds of dollars despite the obvious limitations associated with their claims.