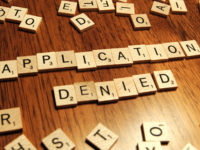 The CRTC this morning rejected the Bell coalition’s website blocking proposal, concluding that the application to establish a new anti-piracy agency and approve site blocking without court oversight falls outside its jurisdiction. Opponents of the site blocking proposal frequently cited concerns with the proposal and the limits of the CRTC’s mandate: my posts discussed how it failed to further and undermined the Telecommunications Act policy objectives, and was inconsistent with the CRTC’s policy direction. Similar comments came from groups such as ISOC Canada, which argued that the applications involved copyright, not telecommunications.