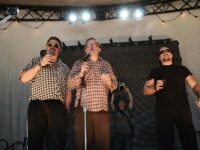 The Broadcasting Act Blunder, Day 14: The Risk to Canadian Ownership of Intellectual Property

The Broadcasting Act blunder series has previously examined Bill C-10’s enormous cost to the foundational elements of Canadian broadcasting policy including the beginning of the end of Canadian ownership and control requirements and how it downgrades the role of Canadians in their own programming. There is another significant cost that comes from a bill that Andrew Coyne of the Globe and Mail describes as “one of the most radical expansions of state regulation in Canadian history.” At a time when the government has emphasized the importance of intellectual property, the bill opens the door to less Canadian control and ownership over its IP.