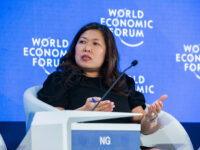 Trade tensions between Canada and the U.S. have been rising in recent weeks with the U.S. Build Back Better Act proposing to create a tax credit for electronic vehicles that Canadian officials argue violates the Canada-U.S.-Mexico Agreement. The U.S. plan is said to be the equivalent of a 34 percent tariff on Canadian assembled electric vehicles. While trade disputes are not particularly noteworthy, the Canadian government response certainly is. Last week, Finance Minister Chrystia Freeland and International Trade Minister Mary Ng wrote to eight U.S. Senators with the following warning:

Beyond possible retaliatory actions, if the U.S. proceeds with the tax credit provisions as drafted, we would see this as a significant change in the balance of concessions agreed to in the USMCA. As such, we would consider the possible suspension of USMCA concessions of importance to the U.S. in return. Those concessions could include suspending USMCA dairy tariff-rate quotas and delaying the implementation of USMCA copyright changes.