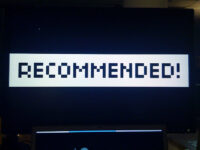 Last week, I posted on the results of this summer’s online harms consultation, which remains shrouded in secrecy as the Canadian government still refuses to disclose the hundreds of submissions it received. That post focused on the common concerns raised in the submissions as pulled from my ongoing blog post that features links to dozens of submissions that have been independently posted. This second post highlights frequently cited recommendations. These recommendations are particularly important given that the mandate letter for Canadian Heritage Minister Pablo Rodriguez indicates that any online harms legislation “should be reflective of the feedback received during the recent consultations.”