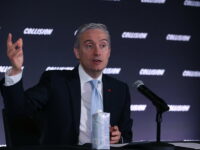 The Rogers Outage Aftermath: What Else Should Be On Minister François-Philippe Champagne’s Telecom To-Do List?

The massive Rogers outage took centre stage yesterday as CEOs of the leading telecom companies met with Innovation, Science and Industry Minister François-Philippe Champagne to discuss next steps to reduce the likelihood of a similar event in the future. My initial post on the outage focused on three main issues: conducting hearings into the issue by both the CRTC and a House of Commons committee, competition policy, and consumer compensation. None of these issue were top of mind for the companies or Minister, who instead emphasized the need for agreements among the companies within 60 days on emergency roaming, mutual assistance during outages, and a communications protocol to better inform the public and authorities during telecommunications emergencies. The Minister also noted that there will also be a CRTC investigation.

While these are all useful steps largely modelled on similar developments in the United States, even Champagne acknowledged that this is “just a first step.” So what else should be on the government’s to-do list?