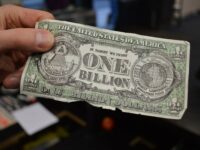 The Broadcasting Act blunder series has identified many of the negative consequences stemming from Bill C-10: the beginning of the end of Canadian broadcast ownership requirements, downgrading the role of Canadians in their own productions, risks to Canadian intellectual property ownership, trade retaliation by the U.S., potential capture of news sites and smaller streaming services, and less consumer choice as services work to avoid the costly Canadian regulatory requirements. Yet for some these costs will still be worth it since their singular goal is to mandate that foreign streaming services contribute funding toward Canadian film and television production. Indeed, Canadian Heritage Minister Steven Guilbeault has made this the centrepiece of his “get money from web giants” strategy claiming that this will result in a billion dollars a year by 2023 in new funding. As this post documents, those claims massively exaggerate the likely funding impact.