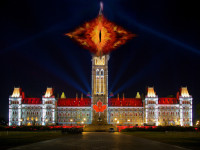 Who Owns Our Secrets: A Panel Discussion

I participated in a talk at the Toronto Public Library titled Who Owns our Secrets. The discussion was moderated by Brent Bambury of CBC Radio and participants included former CSIS Assistant Director Ray Boisvert, world-renowned surveillance scholar David Lyon and BC Civil Liberties Association Policy Director Micheal Vonn. We discussed the balance between security and privacy.

I appeared on Rob Breakenridge’s Show to discuss the impact of CSEC collecting metadata. Listen to or download the podcast here.