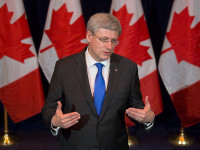 As Canadians grapple with news of widespread secret surveillance, trade agreements that could upend intellectual property policy, and the frustrations of a failed wireless policy, there are plenty of digital policy concerns. Yet on Canada Day, my weekly technology law column (Toronto Star version, homepage version) argues that it is worth celebrating the many positive developments that dot the Canadian digital policy landscape.  Eight of the best include:

1.    The Supreme Court of Canada’s strong affirmation of user rights and technological neutrality in copyright. Canada’s highest court stands as the most pro-user court in the world as it has repeatedly emphasized the need to strike a balance between creator rights and user rights. Its decisions, which include a record five copyright cases handed down in a single day last year, are cited by many as the best approach to reward creators and promote new innovation.

Appeared in the Toronto Star on June 29, 2013 as Celebrating the Canadian Digital Policy Success Stories As Canadians grapple with news of widespread secret surveillance, trade agreements that could upend intellectual property policy, and the frustrations of a failed wireless policy, there are plenty of digital policy concerns. Yet […]

How Canadians Reclaimed the Public Interest on Digital Policy

Appeared in the Toronto Star on November 4, 2012 as How Canadians Reclaimed the Public Interest on Digital Policy The fall of 2007 was a particularly bleak period for Canadians concerned with digital policies. The government had just issued a policy direction to the CRTC to adopt a hands-off regulatory […]