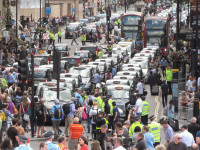 For the past two decades, it has been the Internet’s never-ending story. Established, successful businesses face Internet upstarts who leverage the advantages of a global network and new communications technology to offer better prices, more choice or innovative services.

In the 1990s, it was online retailers such as Amazon, who presented more selection at lower prices than most bookstores could offer. In the 2000s, Wikipedia brought the decades-old encyclopedia business to an end, online music services provided greater convenience than conventional record stores, and Internet telephony technologies used by companies like Skype changed the rules of international voice and video calls. Today, services such as Uber, AirBnB, and Netflix have upended the taxi, hotel, and broadcast worlds. 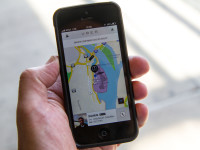 The mounting battle between Uber, the popular app-based car service, and the incumbent taxi industry has featured court dates in Toronto, undercover sting operations in Ottawa, and a marketing campaign designed to stoke fear among potential Uber customers. As Uber enters a growing number of Canadian cities, the ensuing regulatory fight is typically pitched as a contest between a popular, disruptive online service and a staid taxi industry intent on keeping new competitors out of the market.

My weekly technology law column (Toronto Star version, homepage version) notes that if the issue was only a question of choosing between a longstanding regulated industry and a disruptive technology, the outcome would not be in doubt. The popularity of a convenient, well-priced alternative, when contrasted with frustration over a regulated market that artificially limits competition to maintain pricing, is unsurprisingly going to generate enormous public support and will not be regulated out of existence.

While the Uber regulatory battles have focused on whether it constitutes a taxi service subject to local rules, last week a new concern attracted attention: privacy. Regardless of whether it is a taxi service or a technological intermediary, it is clear that Uber collects an enormous amount of sensitive, geo-locational information about its users.  In addition to payment data, the company accumulates a record of where its customers travel, how long they stay at their destinations, and even where they are located in real-time when using the Uber service.