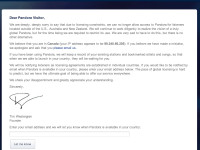 The Copyright Board of Canada Music Streaming Decision: The Good, the Bad, and the Ugly

The Copyright Board of Canada issued its long-awaited music streaming decision late last week, setting royalties to be paid by Internet music streaming services such as Pandora for non-interactive and semi-interactive streaming for the years 2009 to 2012. This covers passive Internet radio services and services that allow users to influence what they listen to. Given that Pandora left the Canadian market over high tariff rates, the outcome of the decision was destined to be a key determinant over whether many of the missing Internet music streaming services enter the Canadian market.

For fans of Pandora or similar services, the decision brings good news. The board largely rejected the arguments of Re:Sound, the collective responsible for the tariff and settled on rates close to what the Internet services were seeking. While the collective argued for rates similar to those found in the U.S., the Board ruled that the U.S. was not a suitable comparison.

Moreover, it rejected arguments that this form of music streaming cannibalizes music sales, concluding that exposure to music through non-interactive and semi-interactive streaming may increase sales: