The Canadian Competition Bureau has filed a submission to the CRTC’s wholesale mobile wireless services review in which it reaffirmed its view that the Canadian wireless market is uncompetitive and would benefit from regulation.  The Bureau finds that a more competitive market would deliver $1 billion annually in benefits to the Canadian economy:

incumbents appear to have the ability and incentive to profitably raise the rates they charge their retail competitors for wholesale roaming services, and potentially other wholesale arrangements, above competitive levels. The incumbents’ wholesale customers may be passing these price increases on to retail customers. These retail price increases may be harming competition in retail mobile wireless services markets in Canada. In particular, more competitive markets could deliver approximately $1 billion in benefits to the Canadian economy. 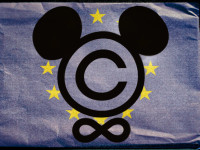 Has Canada Caved on Copyright Term Extension in the TPP?

The Trans Pacific Partnership negotiations resume next week and while an agreement does not appear imminent, reports from Japan indicate that the copyright term issue may have been resolved.  Japan and Canada are two of several TPP countries whose term of copyright protection is life of the author plus 50 years. According to the Japan News, those countries (which also include New Zealand, Malaysia, Vietnam, and Brunei) are prepared to cave to U.S. pressure to extend the term of copyright to life of the author plus 70 years: