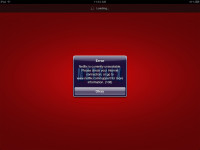 Netflix released its latest ISP Speed Index yesterday, including Canada for the first time.  Given the popularity of the online video service, the Netflix report has attracted increasing attention as it offers a comparative look at the average download speeds for Netflix customers across Internet providers around the world. While the company acknowledges that there are various factors that influence speed (including device used, video quality, etc.), those issues are found across all ISPs, so the comparisons remain valid.

Canada’s performance is middling at best as the Netflix data indicates that we are a mid-tier country at best.  Canadian speeds that do not compare well with most European countries (note that Asian countries such as South Korea and Japan are not included but would likely rank far ahead of Canada as well). The biggest surprise in the report is how poorly Rogers ranked, coming in last among the 14 Canadian ISPs that were measured. The ranking is particularly surprising since the other large cable companies (Shaw, Videotron, Cogeco, and Eastlink) all ranked in the upper half of Canadian ISPs.