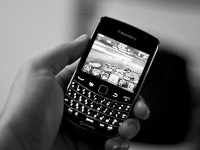 Rogers’ Shocking Admission: It Does Not Track Disclosures of Subscriber Information to Authorities

Rogers surprised many yesterday by becoming the first major Canadian telecom provider to release a transparency report (TekSavvy, a leading independent ISP beat them by a few hours in issuing a very detailed report on its policies and activities). The company was rightly lauded for releasing the report, which seems likely to end the silence among all Canadian telecom companies. Telus now says it is working on a transparency report for release this summer and it is reasonable to guess that others will follow.