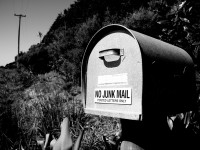 Canada’s anti-spam legislation takes effect this week, sparking panic among many businesses, who fear that sending commercial electronic messages may grind to a halt on July 1st. The reality is far less troubling. The new law creates some technical requirements for commercial email marketing alongside tough penalties for violations, but left unsaid is that Canadian law has featured rules requiring appropriate consents for over a decade.

My weekly technology law column (Toronto Star version, homepage version)The concern over the new anti-spam law, which mirrors similar worries from 2004 when private sector privacy legislation arrived, suggests that many may not have complied with their existing obligations. As Canadians receive a flood of requests for consent from long-forgotten organizations they never realized had collected and used their personal information in the first place, the controversy over the rollout of the new anti-spam law says more about poor compliance rates with current privacy laws than it does about the new regulations.