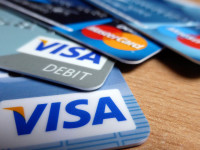 Last month, media reports covered a recently released Ontario court decision involving a Peel Regional Police warrant application for subscriber data from Telus and Rogers. The two telecom companies challenged the order, arguing that it was overbroad. The police withdrew the order in favour of a more limited request, but the court decided that the Charter issues raised by the request should still be examined.

The money quote from the judge – “the privacy rights of the tens of thousands of cell phone users is of obvious importance” – captured the attention, but the case is more interesting for the data it provides on police warrant applications for subscriber data. The case reveals that Telus received approximately 2,500 production orders and general warrants in 2013, while Rogers produced 13,800 files in response to production orders and search warrants that year.

Even more interesting is how the police were seeking access to a huge amount of subscriber information by asking for all records involving dozens of cell phone towers, including subscriber data, billing information, bank data, and credit card information.  The specifics as described by the court: