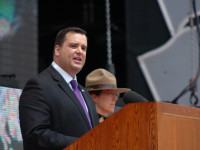 Last week I posted on how Rightscorp, a U.S.-based anti-piracy company, was using Canada’s new copyright notice-and-notice system to require Internet providers to send threats and misstatements of Canadian law in an effort to extract payments based on unproven infringement allegations. Many Canadians may be frightened into a settlement payment since they will be unaware that some of the legal information in the notice is inaccurate and that Rightscorp and BMG do not know who they are.

The revelations attracted considerable attention (I covered the issue in my weekly technology law column – Toronto Star version, homepage version), with NDP Industry Critic Peggy Nash calling on the government to close the loophole that permits false threats. Nash noted that “Canadians are receiving notices threatening them with fines thirty times higher than the law allows for allegedly downloading copyrighted material. The Conservatives are letting these companies send false legal information to Canadians in order to scare them into paying settlements for movies or music no one has even proved they’ve actually downloaded.”

With the notices escalating as a political issue, Jake Enright, Industry Minister James Moore’s spokesman, said on Friday the government would take action.  Enright said that “these notices are misleading and companies cannot use them to demand money from Canadians”, adding that government officials would be contacting ISPs and rights holders to stop the practice.

Appeared in the Toronto Star on January 10, 2015 as Canadians Face Barrage of Misleading Copyright Demands Canada’s new copyright notification system – dubbed the “notice-and-notice” approach since it allows rights holders to send notices alleging infringement to Internet providers who are required to forward those notices to subscribers – […]