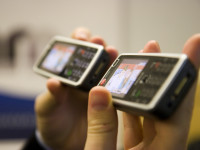 The CRTC has issued a major new decision with implications for net neutrality, ruling that Bell and Videotron violated the Telecommunications Act by granting their own wireless television services an undue preference by exempting them from data charges. The Commission grounded the decision in net neutrality concerns, stating the Bell and Videotron services “may end up inhibiting the introduction and growth of other mobile TV services accessed over the Internet, which reduces innovation and consumer choice.”

The case arose from a complaint filed by Ben Klass, a graduate student, who noted that Bell offers a $5 per month mobile TV service that allows users to watch dozens of Bell-owned or licensed television channels for ten hours without affecting their data cap. By comparison, users accessing the same online video through a third-party service such as Netflix would be on the hook for a far more expensive data plan since all of the data usage would count against their monthly cap. Videotron was later added to the case, based on similar concerns with its mobile television service.