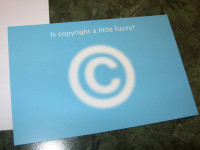 The Copyright Notice Flood: What to Consider If You Receive a Copyright Infringement Notification

For the past few months, I’ve received daily emails from people who have been sent a copyright infringement notification as part of Canada’s notice-and-notice system. Most of the notifications come from CEG-TEK, a U.S.-based anti-piracy firm. Canadian Internet providers are now required by law to forward these notifications and CEG TEK has been taking advantage of a loophole in the system to include a settlement demand within the notification. Some of the recipients claim that the notification has been sent in error. Others say that they have received multiple notifications for a single download. In some cases, the recipient has clicked on the settlement demand link, while in others the person has called the company and revealed their identity. In virtually every case, they are looking for advice on what to do.

My typical response has been to point to my earlier posts on the issue that have explained Canada’s notice-and-notice system, the misuse of the system by rights holders in sending misleading information about Canadian copyright law, the government’s failure to stop the inclusion of settlement demands within the notices, and the massive expansion in the number of notices with the arrival of CEG TEK. I also point to Industry Canada’s page on the notice-and-notice system, which provides the government’s perspective on the issue. These resources can be helpful, but what most people really want to know is whether they should pay the settlement or ignore it. I don’t condone infringement but I believe that the misuse of the notice and notice system is extremely problematic. Moreover, I certainly think people that did not infringe copyright should not pay a settlement demand. I’m unable to provide specific legal advice, but I can provide more information that may assist in making a more informed decision about a system that was designed to discourage infringement, not create a loophole to facilitate settlement demands.