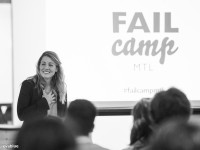 The Digital CanCon Review: Be Wary of Old Whine in New Bottles

Canadian Heritage Minister Mélanie Joly surprised culture and Internet watchers last week by announcing plans for a comprehensive review of Canadian content policies in a digital world. Joly says everything is on the table including broadcasting regulation, Cancon funding mechanisms, copyright law, the role of the CBC, and the future of the Canadian Radio-television and Telecommunications Commission (CRTC).

While there is little doubt that the current framework was established for a different era, rules that have sheltered the industry from foreign competition and transferred hundreds of millions of dollars from consumers to creator groups will not disappear without a fight. Indeed, my weekly technology column (Toronto Star version, homepage version) warns that the most common refrain from the Canadian cultural community is likely to be that the existing rules should be extended to the Internet.

Appeared in the Toronto Star on May 2, 2016 as Digital Cancon Fight Could End Up as New Whine in Old Bottles Canadian Heritage Minister Mélanie Joly surprised culture and Internet watchers last week by announcing plans for a comprehensive review of Canadian content policies in a digital world. Joly […]