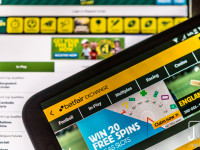 With little fanfare, Quebec passed website blocking legislation last week. Bill 74 took effect on May 18th, setting up a likely court showdown between the Quebec and federal governments. As discussed in several articles and posts over the past year (here and here), Quebec’s Internet blocking legislation requires Internet service providers to block access to a list of online gambling sites to be identified by the government-backed Loto-Québec. The government now characterizes the legislation as a matter of consumer protection, but it did not initially hesitate to emphasize that its primary goal was to increase revenues for Espace-Jeux, its officially sanctioned online gambling service.