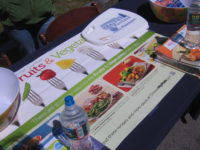 The Canadian government released a new Canada Food Guide yesterday, the first major update in 12 years to what is reported to be one of its most-requested publications. The guide is viewed as very influential, with copies often found in medical facilities, schools, and other community spaces. Yet despite the demands for distribution, the government has disappointingly adopted a restrictive copyright approach with respect to its reproduction, adaptation or translation. The guide is subject to crown copyright rules and public uses that extend beyond fair dealing require government permission. In fact, Health Canada has posted a lengthy permission form that asks for the following information for those seeking to reproduce, translate or adapt the guide: