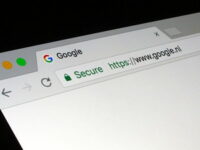 The Big Story: Do Canadians have a right to be forgotten online?

In the episode, we discussed the Right To Be Forgotten framework under the European Union and whether Canada should also adopt a similar framework. We discussed whether information about ourselves online should be “vanished.”

Why Do Canada’s Political Parties Have a Hard Time Saying No to New Internet and Wireless Taxes?

The question should be an easy, slam-dunk: will you implement new Internet or wireless taxes to support the creation of Canadian content? Given that Canada has some of the highest Internet and wireless costs in the world, rejecting new fees or taxes that would further increase those costs should not require any hedging or attempts to change the subject. In fact, while the Canadian Heritage committee and the CRTC have proposed new wireless fees and taxes, Prime Minister Justin Trudeau clearly rejected the approach. For example, minutes after the Heritage report was released, he told the press: