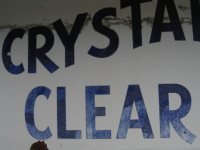 For the past week, Canadian Heritage Minister Steven Guilbeault has promised to address widespread concern over Bill C-10, the Broadcasting Act reform bill. After the issue emerged as an increasingly prominent part of House of Commons debate, Guilbeault stated;

we also want to make sure that the content that people upload on social media won’t be considered as programming under the act and that it won’t be regulated by the CRTC. And that’s why we will be bringing forward another amendment that will make this crystal clear.

That statement was repeated on Wednesday by Prime Minister Justin Trudeau in the House of Commons:

We have clearly indicated that this is not about individual users or about what Canadians themselves publish online. As the Minister of Canadian Heritage said, we will propose an amendment to make this crystal clear to us and to everyone else.