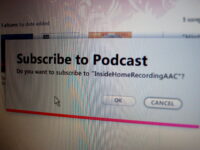 Over the past several days, the Standing Committee on Canadian Heritage has repeatedly been told that Canadian cultural groups are among the strongest supporters of freedom of expression and would never think of supporting legislation that undermines that foundational democratic principle. Yet the reality is that some of the same cultural groups that now downplay the impact of Bill C-10 on expression, lobbied the government to remove all user generated content safeguards. In other words, rather than support freedom of expression for all Canadians, some envisioned full regulation of both users and their content.