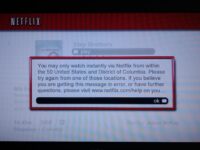 The Bill C-10 Effect: Why Canadian Consumers Face a Future of Cancon Surcharges and Blocked Services

Canadian Heritage Minister Steven Guilbeault has frequently claimed that his legislative goal in Bill C-10 is to “get money from web giants”. As last week’s post on a Canadian Heritage departmental memo highlighted, Bill C-10 targets far more than just “web giants” as the bill adopts a far broader regulatory approach that targets podcast apps such as Stitcher and Pocket Casts, audiobook services such as Audible, home workout apps, pornographic sites, sports streaming services such as MLB.TV and DAZN, niche video services such as Britbox, and even broadcaster websites such as the BBC.

The effect of significant new regulatory costs on these services is likely to spark one of two responses: some services will simply pass along the costs to consumers in the form of new Cancon surcharges, while others will likely block the Canadian market altogether. The Cancon surcharges, when combined with the new sales taxes on digital services that take effect later this year, could lead to the costs of digital services skyrocketing by nearly 50 per cent in Canada. If that happens, Guilbeault will be getting money from consumers, not the web giants.