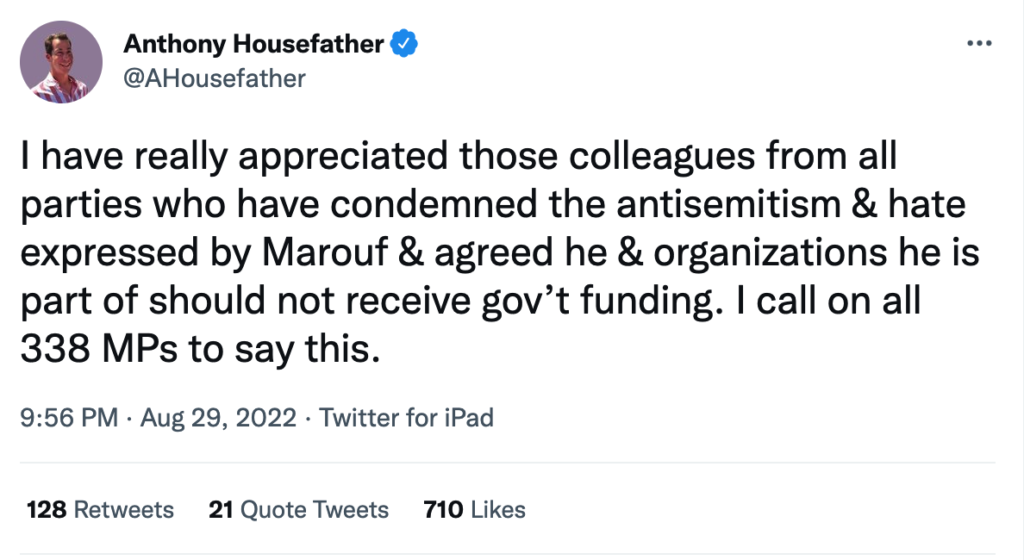 The fact that Housefather’s caucus colleagues such as Bittle have actively defended Rodriguez remaining silent on the grounds that it “isn’t his file” is incredibly disheartening and arguably disqualifying for the ongoing work on online hate. Indeed, today Mark Goldberg argues:

A department that couldn’t react in a timely way to “reprehensible and vile” statements made on a single platform (Twitter) by one of their own paid consultants has little credibility to introduce legislation seeking regulatory oversight of all online content in Canada.

And lest anyone think the silence isn’t being noticed in the Jewish community, consider the comments last night from former Liberal MP (and current President and CEO of the Friends of Simon Wiesenthal Center) Michael Levitt, who described himself as utterly disheartened by the lack of a public response. 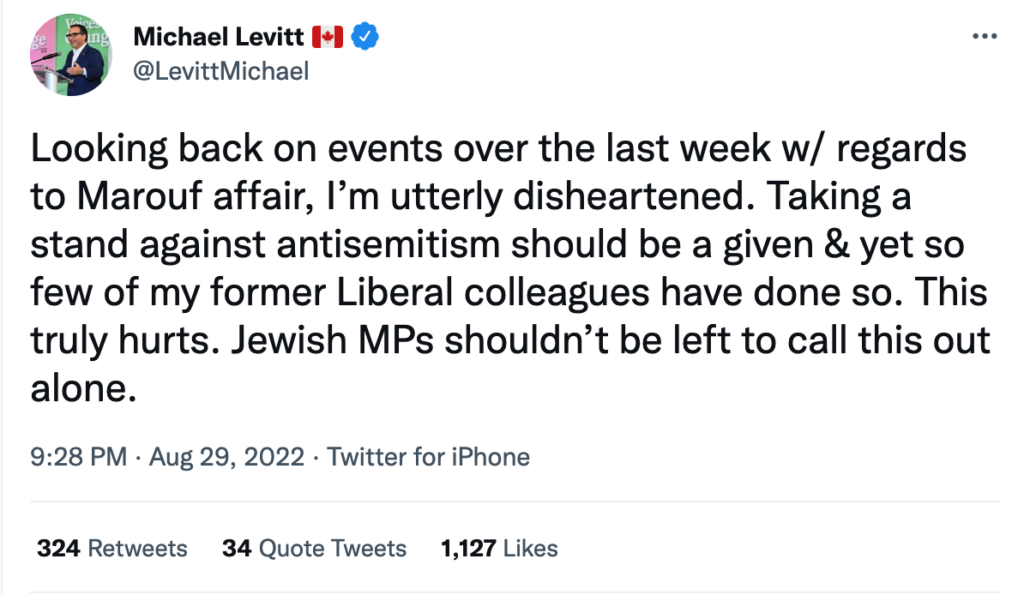 All MPs can stay silent no more.